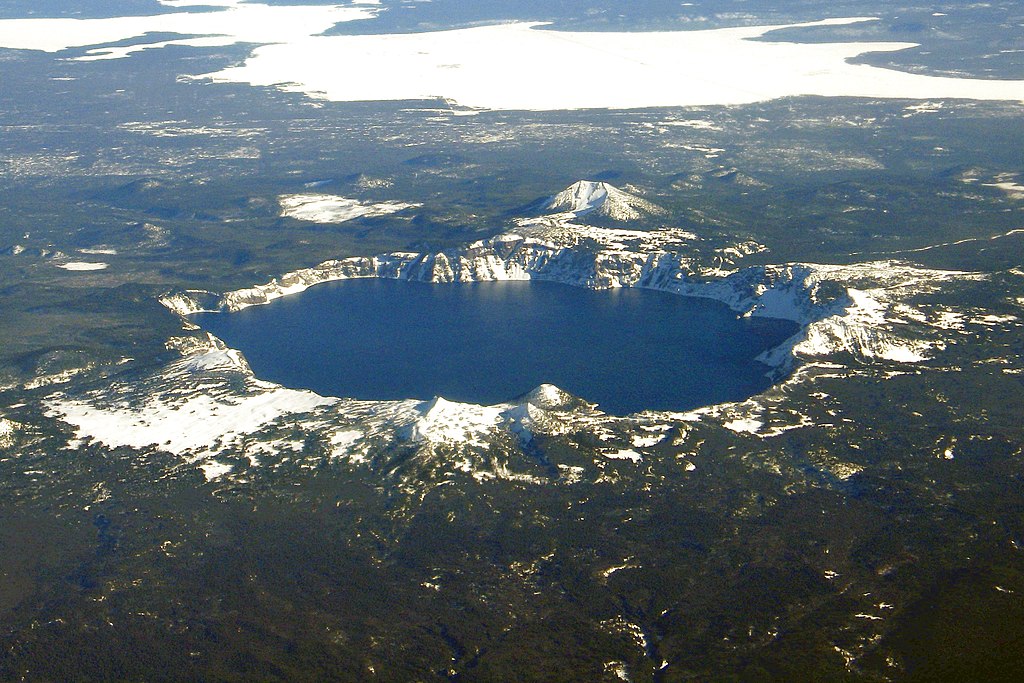 In 1902, it was the fifth National Park to be created.  Today, Crater Lake National Park encompasses 183,224 acres of old growth forest, meadows and a very unusual lake.  Crater Lake is not connected to any streams.  Rain and snowfall fill the lake with water while evaporation and seepage into the surrounding rock removes it. The water is generally deep blue and clear.  There are 2 islands.  The first is 315.85 acre Wizard Island.  It is a cinder cone and rises about 755 ft above the lake.  At the top, is another crater known as the Witches Cauldron. Hikers can visit this island in the summer.  The second island, is the Phantom Ship.   It resembles a 18th century sailing ship, especially in the fog.

Today, typical activities in the park include biking, hiking, camping, snowshoeing, observing wildflowers and a wide range of mammals.  The present 33 mile Rim Drive was constructed by the NPS and the Bureau of Public Roads with assistance from the Civilian Conservation Corps in the 1930's.  In 2008, the Rim Drive was listed on the National Register of Historic Places.