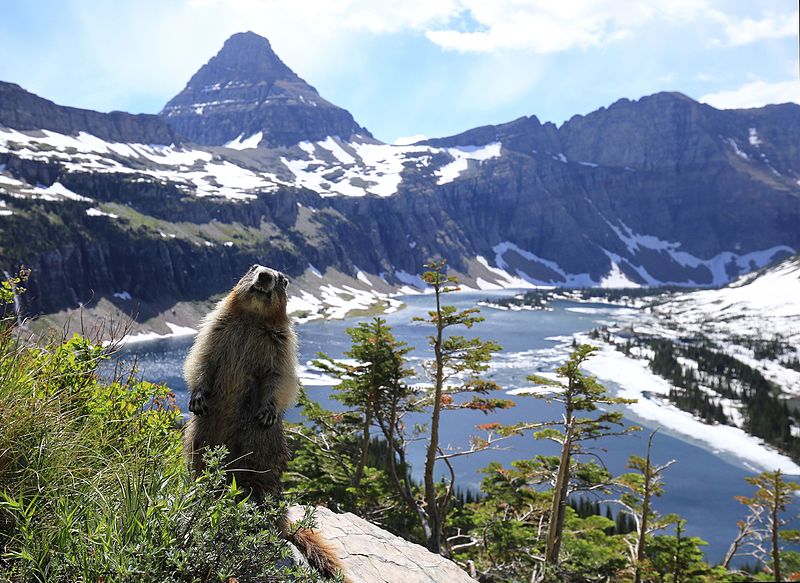 The rocks found in this park were deposited in shallow seas over 1.6 billion to 800 million years ago.  During the formation of the Rocky Mountains 170 million years ago, one region of rocks now known as the Lewis Overthrust was forced eastward.  This overthrust resulted in older rocks being displaced over newer ones, so the overlying Proterozoic rocks are between 1.4 and 1.5 billion years older than Cretaceous age rocks they now rest on.  The rocks in Glacier National Park are the best preserved Proterozoic sedimentary rocks in the world, with some of the world's best sources for records of early life.

Physical evidence of human use dates back more than 10,000 years within the boundaries of Glacier National Park. Upon the arrival of European explorers [in the 1700s], it was dominated by two Native American tribes: the Blackfeet in the east and the Flathead in the western regions. Under pressure, the Blackfeet ceded the mountainous parts of their treaty lands in 1895 to the federal government.

By the late 1800s, influential leaders like George Bird Grinnell, pushed for the creation of [Glacier] national park. On May 11, 1910, Grinnell and others saw their efforts rewarded when President Taft signed the bill establishing Glacier as the country's 10th national park.