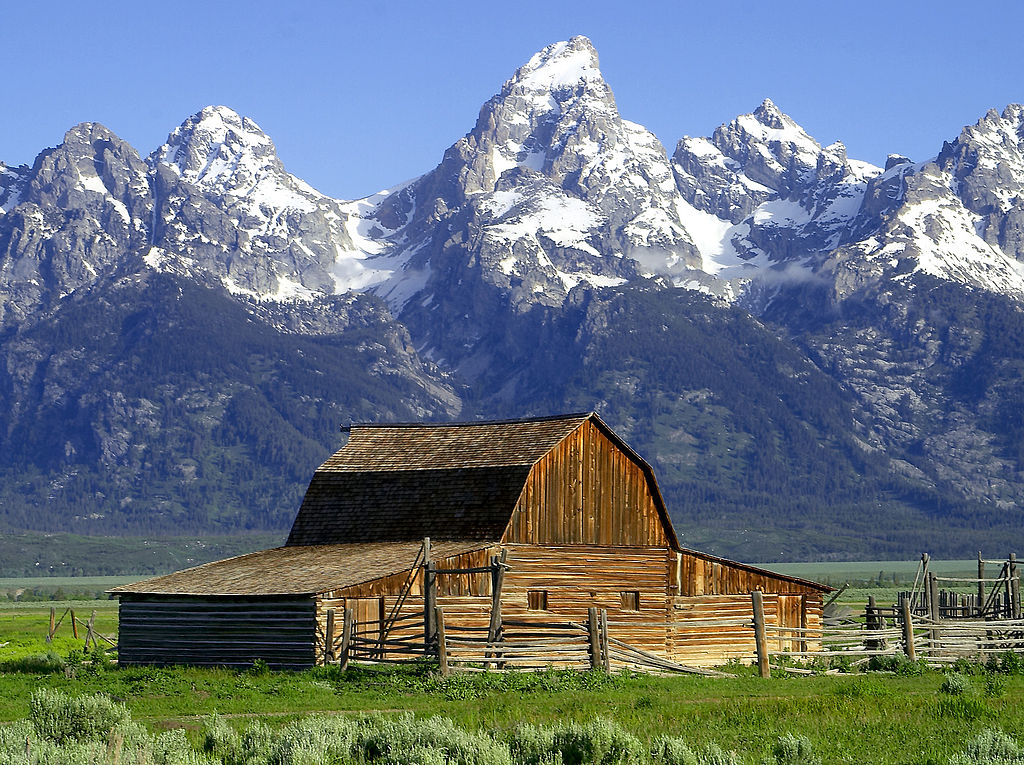 The John Molton Barn on Mormon Row at the base of the Grand Tetons, WY / Public Domain / Jon Sullivan

Grand Teton National Park, located in northwestern Wyoming, was created in 1929 to protect the major peaks of the Teton Range. President Calvin Coolidge signed the executive order.  Later in 1950, most of the northern valley of Jackson Hole was added.  Today, with more additions, the Grand Teton National Park contains 310,000 acres.  Combining with Yellowstone National Park, the John D. Rockefeller, Jr. Memorial Highway and surrounding National Forests, almost 18,000,000 acres are protected.  It is one of the world's largest intact mid-latitude temperate ecosystems.

Every year, Grand Teton NP welcomes over 2.75 million visitors and is one of the 10 most visited U.S. National Parks.  While the Teton Range is the youngest in the Rocky Mountains, it contains some of the oldest rocks in the Parks.  The peaks were formed by glaciers, and can be climbed.

The Jackson Hole Airport is the only commercial one inside of a National Park, but must follow strict noise abatement regulations.  The southern part of the Jackson Hole valley contains well known ski resorts.  Other year around activities include hiking with over 200 miles of trails, rock climbing, fishing and boating.