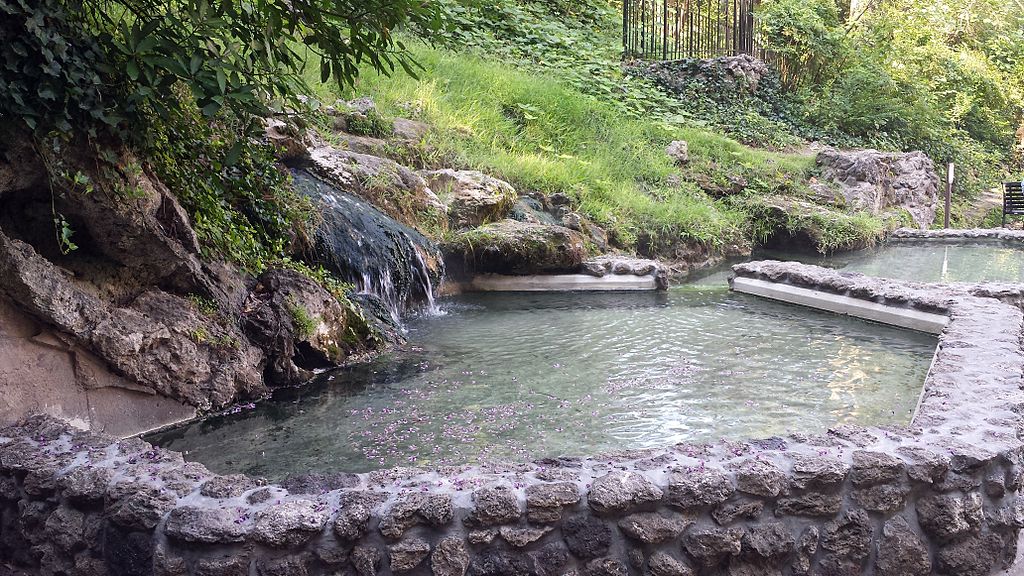 Located in what is now the state of Arkansas, the hot springs were valued for their healing properties by Indians, Spanish and French explorers and then the Americans.  In the early 1800's cabins were built for visitors, and the original bath houses which had been built over the springs gradually became more elaborate.  The Arkansas Territorial Legislature requested the area to be protected in 1822 and the Hot Springs Reservation became the first land protected by the Federal government for it's natural resources.  When Yellowstone NP was created in 1872, the two parks were managed together.  Finally in 1921, Congress renamed the area as Hot Springs National Park. So Hot Springs NP is the oldest national park operated by the National Park Service, and the second smallest.  Gateway Arch National Park is the smallest at 91 acres.

Hot Springs National Park is actually two parks in one.  First, there are 47 hot springs that provide water at 143 degrees Fahrenheit for bathing and drinking.  Although only a couple of the bath houses are presently in operation, in earlier years, "taking the waters" was considered quite a medicinal ritual.  Since baths were for a short proscribed time, that left the patients with a need for other things to do.  The City of Hot Springs which surrounds the bath houses benefited. The second part of the park of 5000 acres includes Hot Springs Mountain, North Mountain,  West Mountain, Sugarloaf Mountain and Whittington Lake Park.  There, visitors can hike or bike miles of trails and camp in old growth forests.

The hot springs sit between the base of Hot Springs Mountain and West Mountain.  Over 4000 years, rainwater slips down through shale rock to a depth somewhere around 7500 ft.   While underground, the water heats up and the return trip through sandstone only takes about a year.  Currently, the water is mixed together and the springs produce over 750,000 gallons a day. It is then freely dispensed through public drinking fountains.