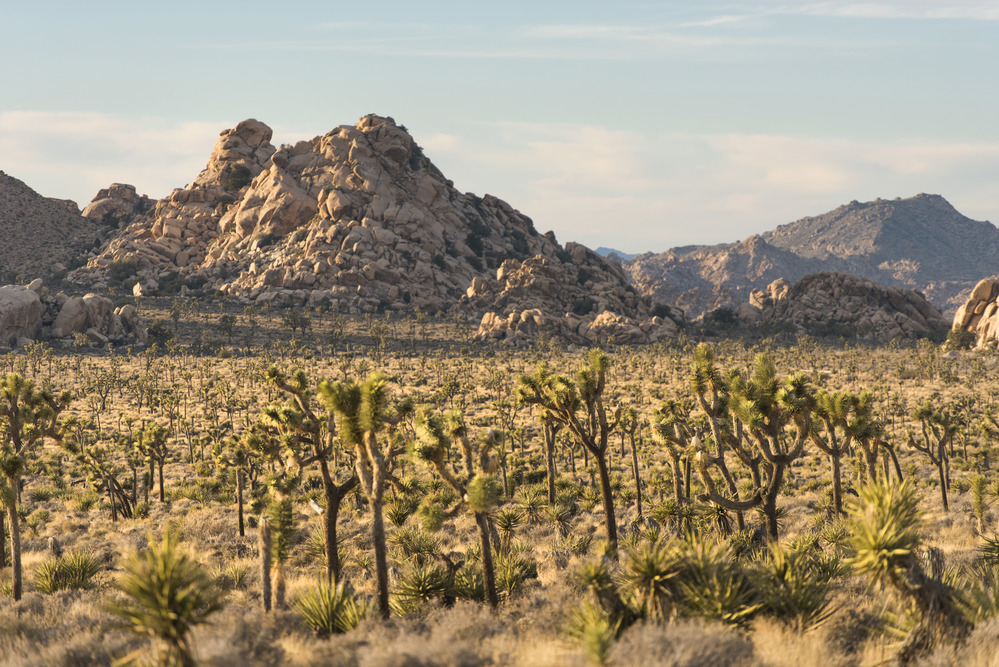 The earliest known residents of [this] land...were the people of the Pinto Culture, who lived and hunted there between 8000 and 4000 BCE...In 1772, a group of Spaniards led by Pedro Fages made the first European sightings of Joshua trees while pursuing native converts to Christianity who had run away from a mission in San Diego...In the 1860's more non-natives arrived who were miners and cattleman.  Mining continued in the area until the 1940s.

Two distinct desert ecosystems, the Mojave and the Colorado, come together [and make for a wide] variety of plants and animals...[Add to that the] dark night skies, rich cultural history, and geologic features [perfect for rock climbing] and you have Joshua Tree National Park.  [It was] named for the Joshua trees (Yucca brevifolia) native to the Mojave Desert,...[designated] a national monument in 1936, [and] redesignated as a national park on October 31, 1994 [by] President Bill Clinton...when the U.S. Congress passed the California Desert Protection Act.