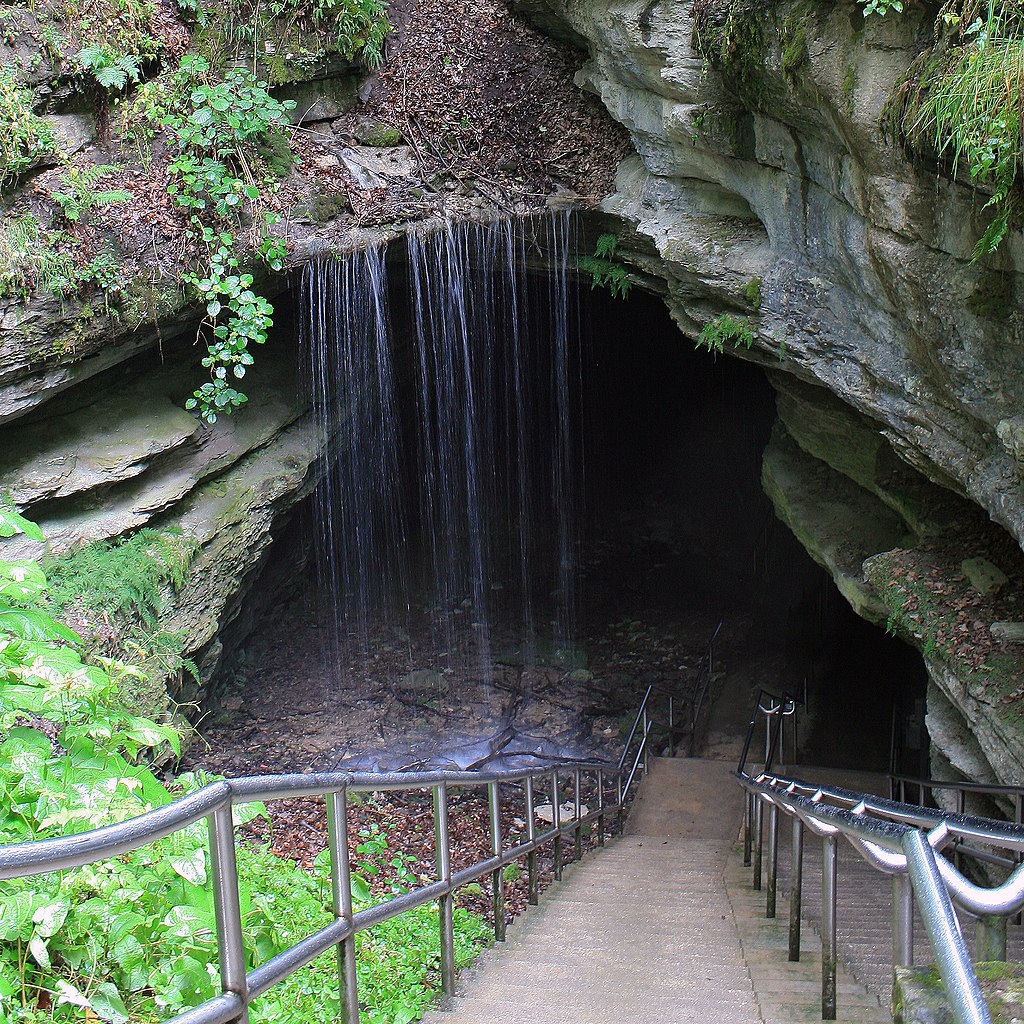 Part of the Mammoth-Flint Ridge Cave System -- the longest discovered cave system in the world, Mammoth Cave National Park is located in central Kentucky.  The cave system encompasses more than 400 miles of surveyed passageways, however, only a small part is open for tourists.  Above ground, the National Park is 52,830 acres of forest available for camping, hiking and boating.   Mammoth became a National Park in 1941, a World Heritage Site in 1981 and an international Biosphere Reserve in 1990.

Mammoth Cave developed in Mississippian limestone which is covered by a layer of sandstone with limited permeability. Naturally acidic groundwater worked through cracks in the sandstone to melt away the limestone below.  Native Americans discovered openings into the caverns and explored by torch light.  Later hunters found the caves and by 1812, miners were digging out saltpeter for gunpowder production.  Tourists became interested and starting before the Civil War, they have been arriving by stagecoach, railroad, steamboat and cars.  Early visitors could go on treks of 6 or 14 hours underground.  Today, the park rangers offer tours of 1-4 hours year around.