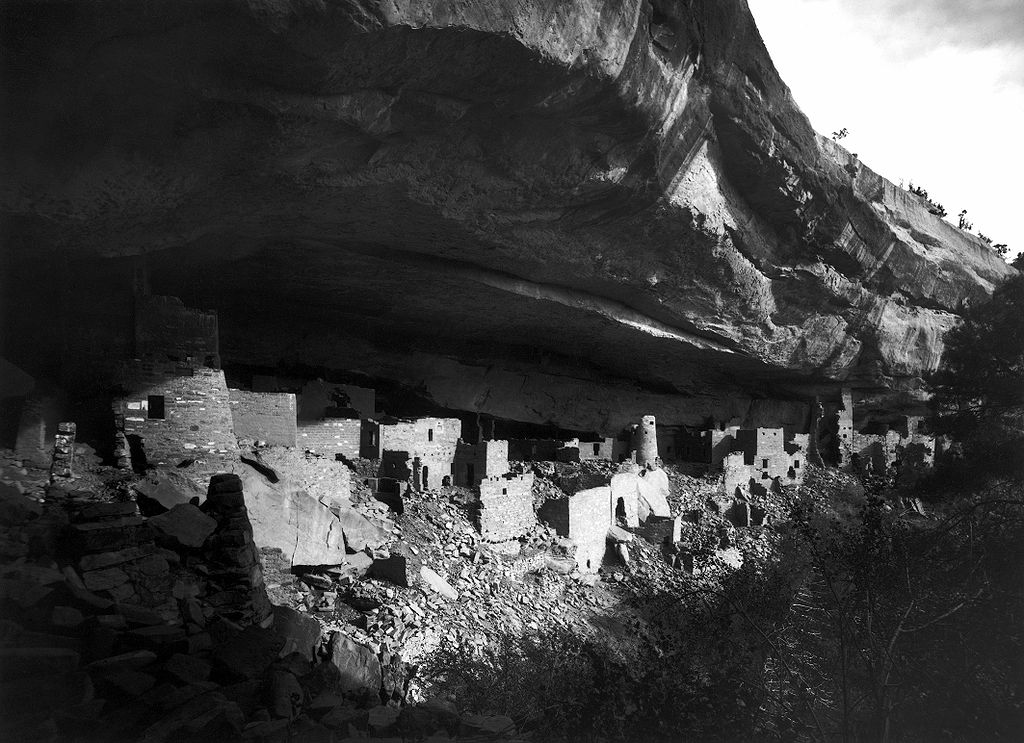 Mesa Verde National Park was created in 1906 with approval from President Theodore Roosevelt. In the same year, he also signed the Antiquities Act.  Mesa Verde is the largest archaeological preserve in the United States and a UNESCO World Heritage site (1978).  At 52,485 acres, Mesa Verde is among the smaller National Parks, but it contains 4,372 documented sites and over 400 cliff dwellings.

The people now known as Ancestral Puebloans arrived in the area as nomads, but eventually began building structures and farming.  Pottery supplanted basket weaving and allowed for better storage of food. By 650, they had started to build pueblos.  From then on the population grew and waned as drought conditions occurred. But over the next several hundred years, they intermarried and traded with other people in the area.  The largest of the pueblos were built into the mesa between 1200 and 1278.  Today, we do not know why the Ancestral Puebloans built into the cliffs or why they left in an apparent hurry.

Mesa Verde was "rediscovered" in the 1800's when trappers and miners moved through the area.  Photographers, geologists, cowboys and journalists followed with Virginia McClurg finding Balcony House (1885) and Richard Wetherill finding Cliff Palace (1888).  Writer Frederick H. Chapin would publish "The Land of the Cliff Dwellers" and mineralogist Gustaf Nordenskiold introduced using the scientific method to the explorations.  As was frequently the custom of the time, many artifacts were removed from the sites.  Nordenskiold sent a collection to Sweden and published 'The Cliff Dwellers of Mesa Verde".

Today, visitors can hike or bike several trails in the park. Many of the sites are self-guided including Step House.  Only Ranger led tours are available for Cliff Palace, Balcony House, and Long House. Previously, Spruce Tree House was accessible through a self-guided tour, but due to rock fall, it is closed.