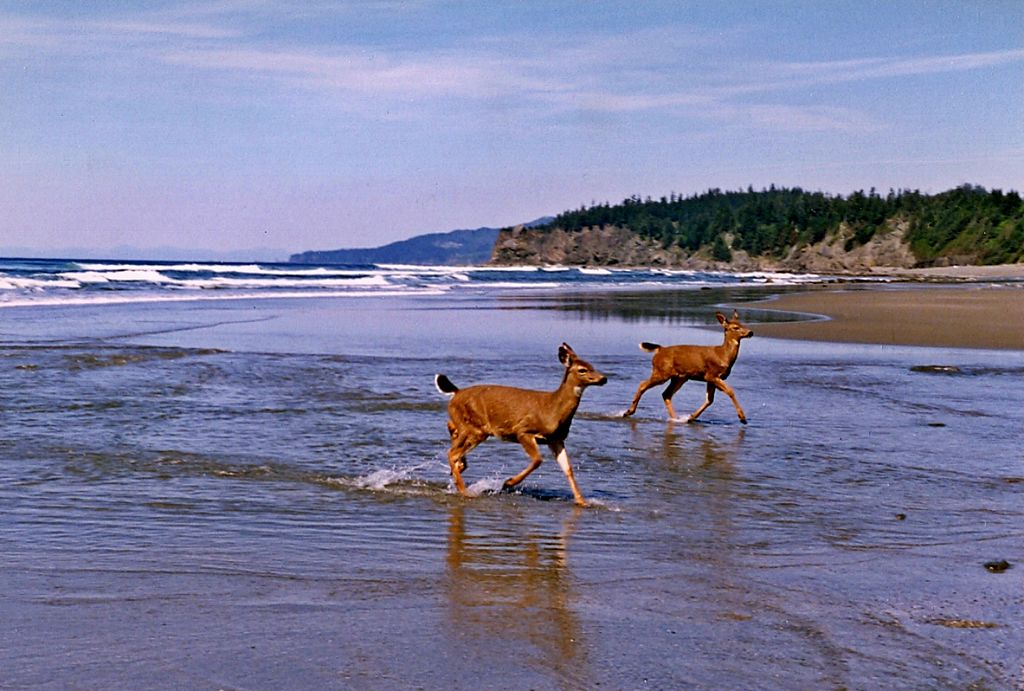 Located on a peninsula on the north west coast of Washington State, Olympic National Park encompasses nearly a million acres.  Created as a national monument in 1909 by Theodore Rooseveldt, it was finally made a National Park in 1938 by Franklin Rooseveldt.  UNESCO made the park an International Biosphere Reserve in 1976  and a World Heritage Site in 1981.  Newly renamed, the Daniel J. Evans Wilderness is 1,370 acres of the park that was dedicated to wilderness in 1988.

Before becoming part of the United States, the area was settled by Native Americans and visited by European explorers including James Cook and George Vancouver. As settlers arrived, logging became an important source of income.  However, beginning in the 1920's with the popular introduction of cars, a desire for wilderness preservation began to arise.

A small part of the park is located along the Pacific Coast and is not contiguous with the far larger inland mountains section.  Olympic National Park encompasses several ecosystems.  The coast section is 60 miles long, but narrow, with either sandy beaches or more rugged beaches. It can be difficult to hike due to weather and terrain, but is the most easily accessible area for day hikers.  Inland, above the coast, the western side of the mountains consist of temperate rainforests--Hoh Rainforest & Quinault Rainforest. Forests on the eastern side are drier due to the mountain rain shadow.  The alpine areas are the hardest to access.  Many roads are not available due to weather conditions. Mount Olympus is the highest mountain at 7980 ft.  It receive a lot of snow and has several glaciers. The largest is Blue Glacier.