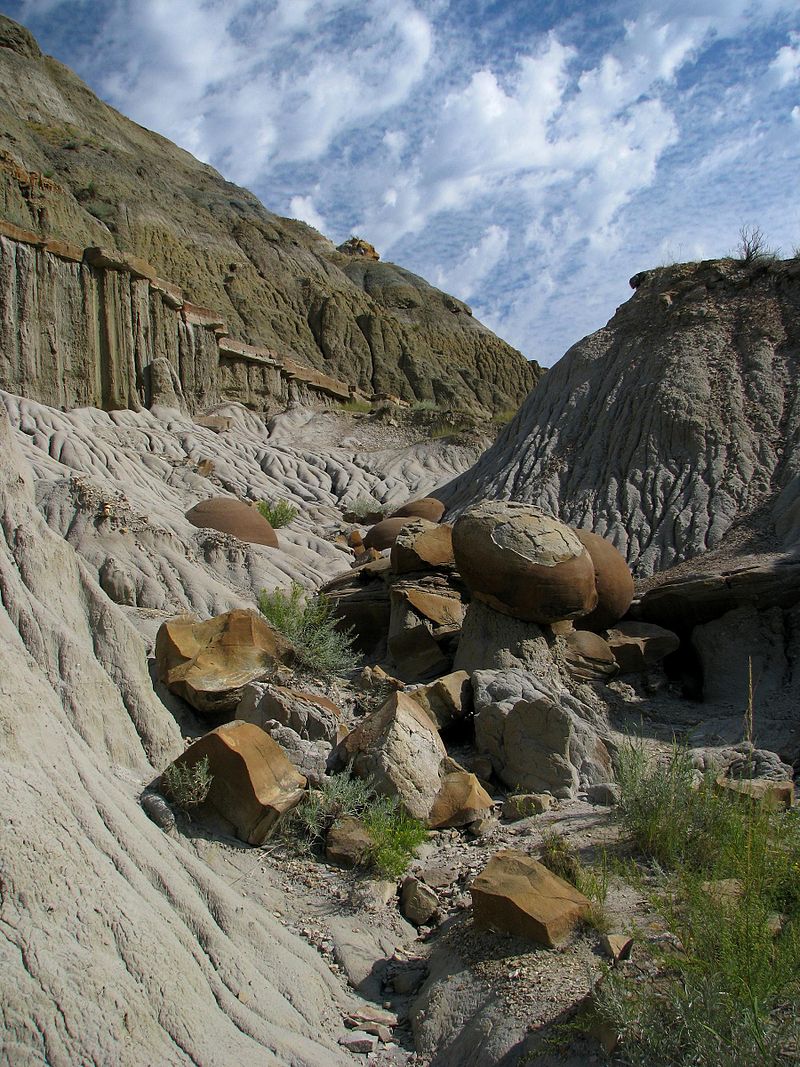 [Theodore Roosevelt National] Park covers 70,446 acres of land in three sections [of southwestern North Dakota]: the North Unit, the South Unit, and the Elkhorn Ranch Unit.  The park is named for the 26th President of the United States.  [Theodore] Roosevelt first came to the North Dakota badlands to hunt bison in September 1883. During that first short trip, he got his bison and fell in love with the rugged lifestyle and the "perfect freedom" of the West.  In 1884 his first wife, Alice Lee Roosevelt, and his mother died on the same day. Roosevelt spent much of the next two years [at Elkhorn Ranch]. There he mastered his sorrow as he lived in the saddle, driving cattle, [and] hunting big game.  The [North Dakota] badlands [were] very important in Roosevelt's life, and the park memorializes his contributions to the conservation of America's natural resources.

Long before the ranching period in the late-19th century, the badlands were utilized by a number of traditional peoples including the Mandan, Hidatsa, and many others. The Cultural History of the park extends back thousands of years, [and the geologic history of the park extends back even further to the Paleocene Epoch].  At the end of the 19th century, conflict between the US Army and the Sioux brought war to the badlands and involved many well-known historical figures: Sully, Custer, Sitting Bull, Inkpaduta, and Gall.