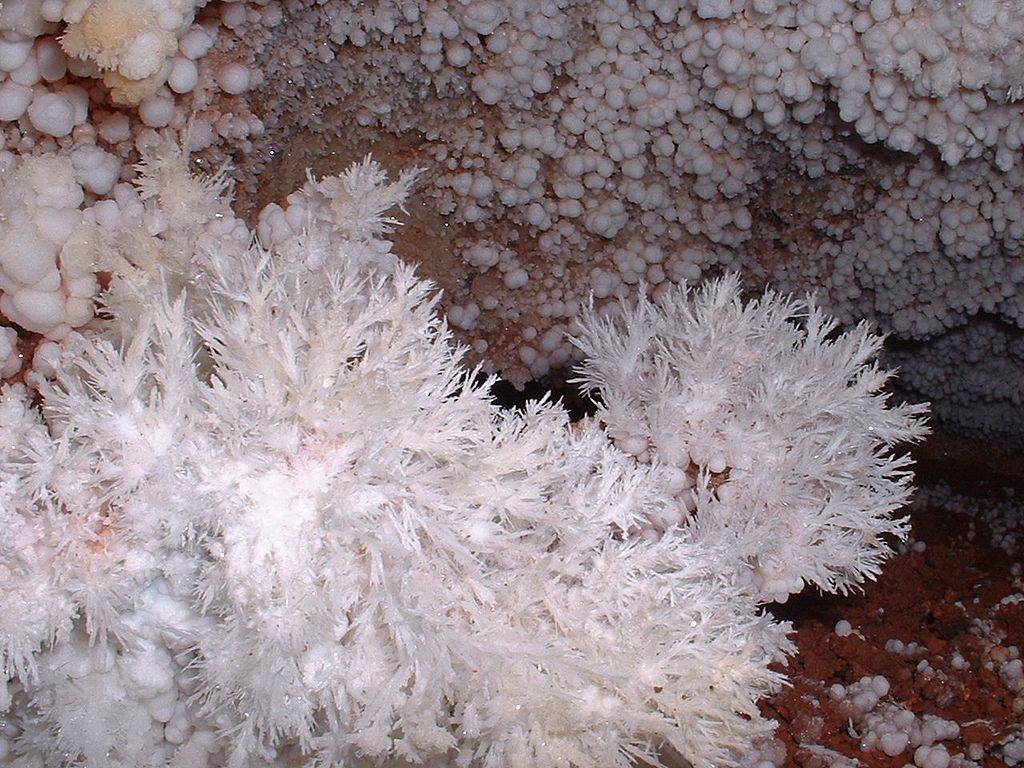 Located in the Black Hills of South Dakota, Wind Cave National Park, is the 3rd longest cave in the United States at 150 miles.  Nearby, and possibly connected, is Jewel Cave National Monument with over 200 miles of tunnels.  Although the Lakota Sioux consider the area sacred, there is no evidence of them entering Wind Cave.  Both Wind and Jewel caves are barometric caves.  They "breathe" to equalize the air pressure inside and out.  So, it was in 1881 that Tom & Jesse Bingham found a small hole with air escaping.  Eight years later, a mining claim was made, but eventually tourism and tunnel exploration became the focus.   In 1892, somewhat strenuous guided candlelight cave tours were available.

President Theodore Rooseveldt made Wind Cave the 7th U.S National Park and also the 1st cave in the world to be a national park in 1903.  Jewel Cave was also a mining claim, but was eventually sold to the government and Rooseveldt made it a National Monument in 1908.  The National Park service began tours in 1939.

Below ground, the caves are very different.  Jewel Cave can be described as resembling a geode.  The inside sparkles with the world's greatest concentration of white dogtooth spar, soda straws, flowstone and cave bacon.  Wind Cave has the world's best example of boxwork -- fragile honeycomb joints left after the limestone and dolomite weathered away.  Both caves were created by circulating water under the water table.

Today, guided tours are offered in both caves.  And although better lighting and elevators have been installed there are still a lot of stairs.