Learn about the great military engineer and a military leader, friend of Thomas Jefferson. 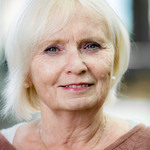 Kościuszko, a man of revolutionary aspirations, sympathetic to the American cause and an advocate of human rights, sailed for America in June 1776 . In 1776, after submitting an application to the Second Continental Congress, he was assigned to the Continental Army the next day.

Kosciuszko Legacy in US

Kosciuszko was paid 12,280 dollars(1784), and received the right to 500 acres (202.34 ha; 0.78 sq mi) of land, but only if he chose to settle in the United States. For the winter of 1783–84, his former commanding officer, General Greene, invited Kościuszko to stay at his mansion. He was also inducted into the Society of the Cincinnati.

After collecting his back pay, he wrote a will, and entrusted it to Jefferson as executor. Kościuszko and Jefferson had become firm and very close friends and thereafter corresponded for twenty some years.

In the will, Kościuszko left his American estate to be sold to buy the freedom of black slaves, including Jefferson's own, and to educate them for independent life and work.

Kosciuszko's American will was never carried out,but its legacy went to found an educational institute for African Americans in the United States at Newark, New Jersey, in 1826, bearing Kościuszko's name...

Did you know that General Kosciuszko was the  owner of the 500 acres of property  / land along what is now Riverside Drive in Columbus, OH? It was a  payment for his contributions during the Revolutionary War . The land now is a Thaddeus Kosciuszko Park