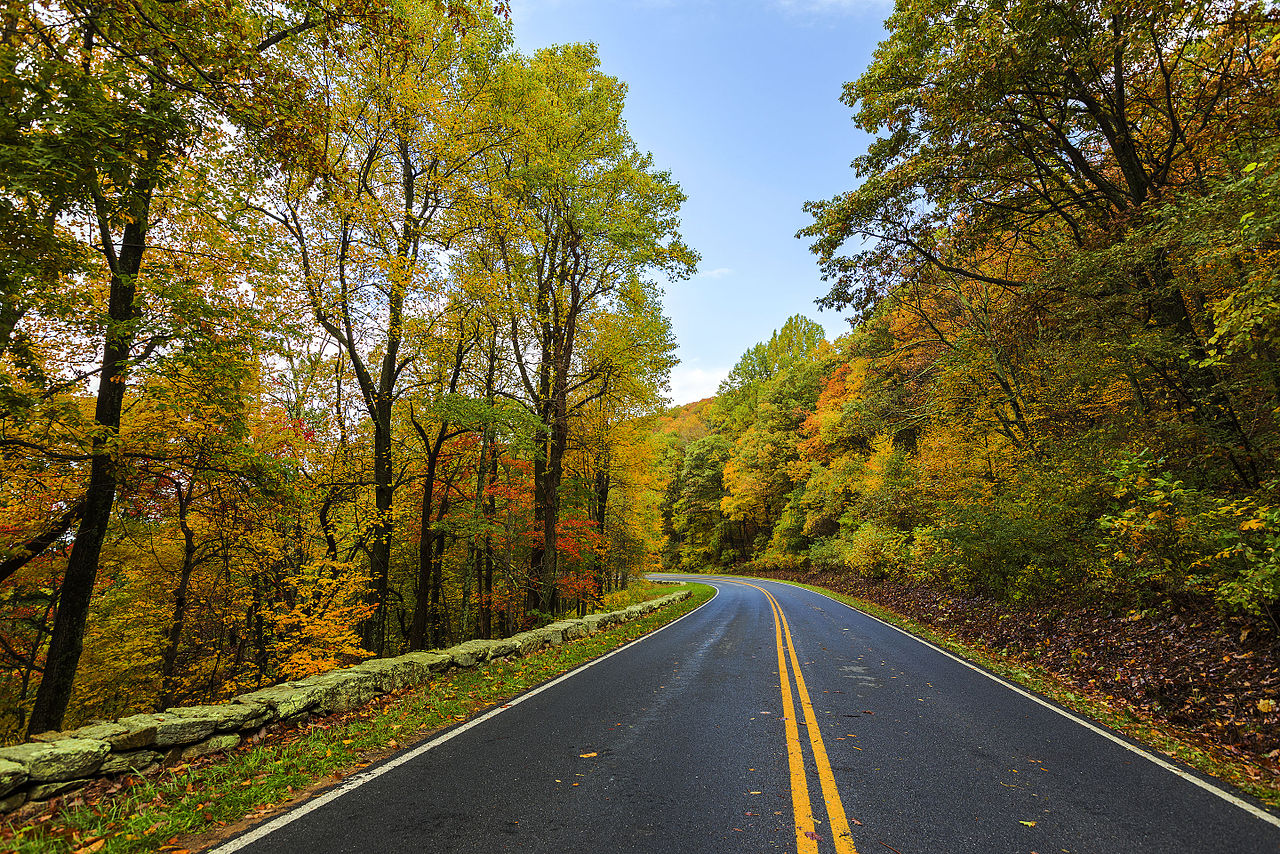 Located in Virginia's Blue Ridge Mountains, the Shenandoah National Park is probably best know for Skyline Drive.  This 105 mile road mostly follows the ridge tops starting near Front Royal and ending in Rockfish Gap where it connects to the Blue Ridge Parkway.  Work began on Skyline Drive in 1931 and it was completed in 1939.  Since then it has been placed on three lists:  1.National Register of Historic Places (1997), 2.National Scenic Byway (2005) and 3.National Historic Landmark (2008).  A 35 mph speed limit is strictly enforced due to cars sharing the two lane road with bicycles, horses, leaf-peepers and occasional wildlife.

Surrounding Skyline Drive, the Shenandoah National Park was 1st envisioned in 1901. But it would take the creation of the National Park Service (1916), 8 western parks and finally Acadia NP in the east, before Congress and Calvin Coolidge authorized the NPS to acquire land for 2 parks.  No funds were provided.  The Great Smoky Mountains NP (1940) and Shenandoah NP (1935) provides tourist access for the south and east.  Shenandoah NP covers 197,438.76 acres with 79,579 acres as designated wilderness.  In 2018, Shenandoah welcomed over 1 million visitors.

Today, popular activities include horseback riding, hiking, camping, fishing, photography and wildlife observation. Over 50 species of mammals live in the park including Black Bears, Bobcats and White-Tailed Deer.  Almost 200 species of birds are resident or migratory including Red-tailed Hawks, Wild Turkeys and Canadian Geese.  Large numbers of people are drawn to Skyline Drive in the Autumn for the annual tree color change. In the Spring, over 10 waterfalls entice hikers and about 100 miles of the Appalachian Trail crosses through Shenandoah National Park..