Resources related to finding information resources for US National Parks. 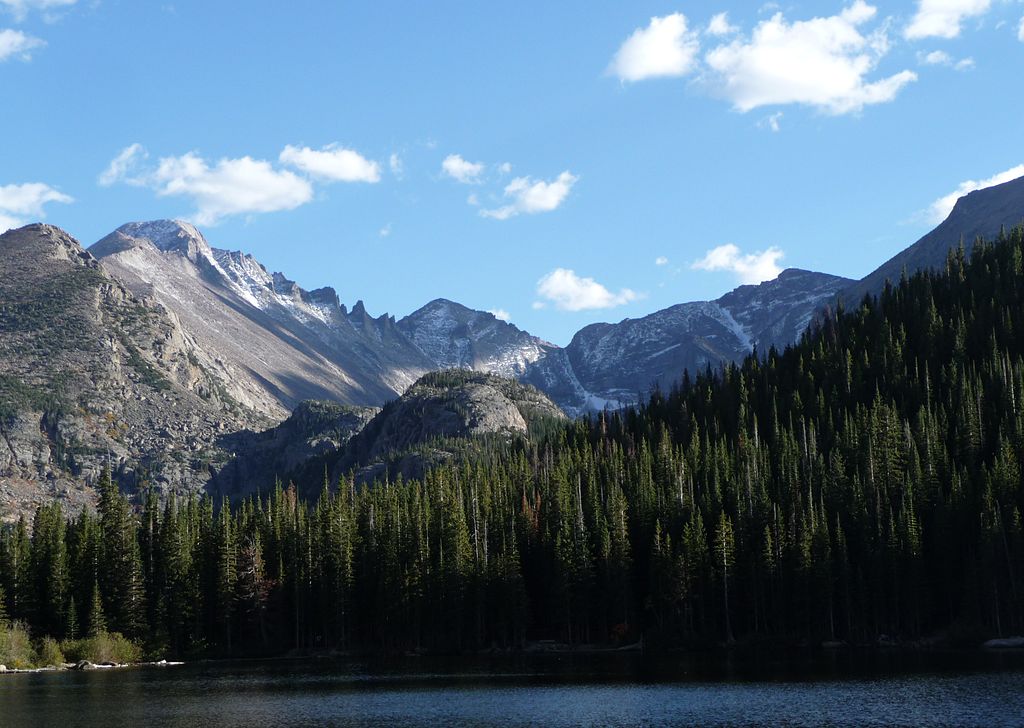 Located on the western North American Continental Divide, Rocky Mountain National Park lies west of Estes Park and east of Steamboat Springs.  Due to it's proximity to Denver, it is one of the highest visited of the parks with over 4 million visitors in 2017.  Woodrow Wilson signed Rocky Mountain into being as the 10th National Park in 1915. It was designated a World Biosphere Reserve by UNESCO in 1976.

Rocky Mountain contains 265,461 acres, and joins with another 253,059 acres of U.S. Forest Land, to protect land for habitats, hiking and mountain climbing.  The Colorado River has its headwaters here -- arising as a small stream high in La Poudre Pass on the northern edge of the park. This is one of the highest parks -- elevations of 7,860 ft to 14,259 ft.  The highest mountain is Longs Peak.  It is popular for climbing and was mentioned in Jules Verne's "From the Earth to the Moon".