Music Index. Articles from more than 600 music periodicals, 1970 to the present.

Music Periodicals Database. Articles from hundreds of music periodicals, mostly mid-1990s-present, but some as early as 1874.

RILM Abstracts of Music Literature with Full Text. An international music literature index, including indexing of music periodical articles from the mid-1960s to the present.

RIPM - with Full Text. An international index of classical music periodicals from the late 18th century to the mid-1960s, including articles, reviews, illustrations, music examples, and advertisements.

RIPM Jazz Periodicals. A full-text collection of about 100 jazz journals and magazines published from roughly 1914 to 2000.

Rock's Backpages.  Interviews, feature articles, reviews on pop music of many genres, 1950s to the present.

JSTOR.  Full-text articles on the arts and humanities, including important music and dance journals.
Web of Science Citation Index. Covers several major music and dance journals. Offers cited reference searching (find articles that cite a work or works by a particular author).
Dance Periodical Indexes
International Bibliography of Theatre and Dance. Includes full text for more than 100 journals, and citations, often with abstracts. Indexes articles, books, and dissertations on all aspects of theater and performance. Includes full content of the 14-volume print International Bibliography of Theatre and Dance.
Performing Arts Periodicals Database.  Indexes several dozen dance periodicals from the 1970s to the present and offers indexes and abstracts of some periodicals back to 1864. The full texts of recent issues of some dance journals are searchable through this database.
New York Public Library Catalog. Includes dance periodical indexing from the late 19th century to 2001. (Do a keyword search, and then choose BOOK/TEXT in the left column.)

You can search by KEYWORDS, but you may get more satisfactory results by AUTHOR, SUBJECT, or TITLE searching:

You can narrow the results of your search to sound recordings, videos, or books, etc., by first performing an AUTHOR, TITLE, SUBJECT, or KEYWORD search, and then choosing the LIMIT /SORT or MODIFY SEARCH option and selecting MATERIAL TYPE, then MUSIC RECORD (for recordings) or SERIAL/JOURNAL (for magazines) or BOOK, and then clicking FIND or SUBMIT.

Music Online: Classical Scores Library.  More than 53,000 titles and 1.3 million printable pages of important scores in classical music, ranging from the Middle Ages to the 21st century. Approximately 4,600 composers are included, from Mozart and Tchaikovsky to contemporary artists, including Kaija Saariaho, Peter Maxwell-Davies, and John Tavener.

IMSLP - Petrucci Music Library.  Roughly half a million items, including scores or parts of 165,000 works. IMSLP stands for "International Music Score Library Project." The collection is named for Ottaviano Petrucci, printer in 1501 of the first book of polyphonic music set in movable type.

Recent Researches in Music Online. The series comprises two kinds of editions: those that span the history of Western music, and those with ties to specific cultural milieus. Most editions are devoted to works by a single composer or in a single genre.

Free-scores.com.  c.67,000 items. Free downloads of scores in many genres, links to vendors of scores and instruments, and links to other sites offering free sheet music downloads.

The Mutopia Project.  c.1900 items. Free scores based on editions in the public domain. Works by Bach, Beethoven, Chopin, Handel, Mozart, and others. Volunteers typeset the music and create the digital files.

Musopen.  The site's stated goal is to be the largest online repository of free musical scores in the public domain.

Juilliard Manuscript Collection.  Manuscripts, sketches, engravers' proofs and first editions, including an engraver’s proof of Beethoven’s ninth symphony with annotations by the composer, the manuscript of Beethoven’s Grosse Fuge in his arrangement for piano 4 hands, and the last scene of Mozart’s Marriage of Figaro, together with select manuscripts from the Juilliard Library’s Special Collections, including scores in the Artur Rubinstein Music Collection.

University of Washington Music Library Digital Scores Collection. Scores dating from the 17th through 19th centuries, most of them 17th- and 18th-century operas, opera excerpts, and other vocal music.

Loeb Music Library, Harvard University.  Digital collection of scores and libretti, selected for their rare or unique natures and their popularity as objects of research and teaching.

Digital Image Archive of Medieval Music (University of Oxford and Royal Holloway, University of London). Images and metadata for thousands of medieval manuscripts.

Early Music Online (Royal Holloway, University of London, the British Library and JISC). Digitized images of some of the world's oldest surviving volumes of printed music.

Indiana University VARIATIONS (scores collection). Experimental prototypes of ways in which scores and recording liner notes might be used in conjunction with sound recordings available online through VARIATIONS.

Schubert-online. Free access to images of c.500 manuscripts and c.600 early editions of works by Franz Schubert, together with selected autograph letters and biographical documents.

Archive of Seventeenth-Century Italian Madrigals and Arias (University of Birmingham). Critical editions, with introductions and translations.

Free Jazz Chord Charts That You Can Transpose.  c.1300 chord charts of jazz standards that can be transposed to any key.

Jean-Luc Barbier Quartet: Les standards du Jazz.  Website of Jean-Luc Barbier, saxophonist and jazz flutist. Contains the archives of his quartet from 1975 to 1986.

The Fake Book Library.  A collection of musical lead sheets.

ChoralWiki : Choral Public Domain Library.  CDPL was Founded in 1998, ported to ChoralWiki in 2005, and incorporated in 2010 as a tax-exempt charitable organization. Free choral and vocal scores, texts, translations.

Sheet Music Consortium.  Tools and services that promote access to and use of online sheet music collections by scholars, students, and the general public.

Chatfield Brass Band & Music Lending Library.  The library is a member of the Southeast Minnesota Library System and lends music to bands and musicians from all over the world. Borrowers are charged a small handling fee to cover expenses. The library has collected and cataloged more than 30,000 pieces, many of which are no longer in print.The music collection not only includes band music (the largest portion), but also orchestra, dance band, sheet music.

BandMusic PDF Library.  Preserves and shares band music from the Golden Age of the American town band. If you are looking for public domain music to play with a school band, community band, or other group, you will find it here — marches, waltzes, rags, theater music, cornet solos, trombone features, and more.

MGG Online. Die Musik in Geschichte und Gegenwart (MGG) is a general encyclopedia of music. It offers detailed articles on every aspect of music as well as on such related areas as literature, philosophy, and the visual arts. MGG Online contains the second print edition of MGG, published from 1994 to 2008, as well as continuous updates and additions.

International Encyclopedia of Dance. Articles by scholars from many countries. Covers dance — theatrical, ritual, dance-drama, folk, traditional, ethnic, and social dance. Cultural and national overviews are accompanied by entries on dance forms, music and costumes, performances, and biographies of dancers and choreographers.

Bibliography of Music/Dance Reference Sources (MusRef). From Brigham Young University. Includes c.8,000 bibliographies and reference sources (print and digital), some 1,600 of which are annotated with critiques on use, coverage, organization, and pros and cons. Many entries also list published reviews for the corresponding sources. Regularly updated. Includes directories, dictionaries and encyclopedias, periodical indexes and other specialized indexes, bibliographies of music research, repertory guides, thematic catalogs, catalogs of music collections and exhibits, discographies, chronologies, and select histories and guides to music librarianship.

American Song. Historical collection of songs by and about miners, immigrants, Native Americans, slaves, children, pioneers, cowboys. Included are songs of Civil Rights and other political campaigns, Prohibition, the Revolutionary War, the Civil War, and anti-war protests.
Smithsonian Global Sound. Smithsonian Folkways Recordings and the archival collections of Folkways Records, Cook, Dyer-Bennet, Fast Folk, Monitor, Paredon, and other labels. Includes music recorded around the African continent by Dr. Hugh Tracey for the International Library of African Music at Rhodes University and material collected by recordists on the South Asian subcontinent from the Archive Research Centre for Ethnomusicology.
Contemporary World Music. Reggae, worldbeat, world fusion, Balkanic jazz, neo-traditional, African film, Bollywood, Arab swing and jazz, and other genres such as traditional music — Indian classical, fado, flamenco, klezmer, zydeco, gospel, gagaku.
歴史的音源 Japanese Historical Recordings Collection (Rekion). Compiled by the Recording Industry Association of Japan, in cooperation with the National Diet Library, the collection consists of approximately 50,000 digitized recordings from 1900 to 1950. A fraction of these recordings are available to the public through the National Diet Library Online Collections, but most of the material is only available through libraries that have been granted special access. Click here for blog posts about the Collection. Accessible only from the Rekion workstation in Room 206.
Garland Encyclopedia of World Music. Includes audio examples.

Dance in Video. Contains dance productions and documentaries by the most influential performers and companies of the 20th century. Selections cover ballet, tap, jazz, contemporary, experimental, and improvisational dance, as well as forerunners of the forms and the pioneers of modern concert dance.

Royal Concertgebouw Orchestra Amsterdam. Concerts by one of the world's premiere ensembles.

Berlin Philharmonic Digital Concert Hall. Concerts by one of the world's premiere ensembles.

Jacob's Pillow Dance. Jacob's Pillow is a dance center and school in Becket, Massachusetts. It is the oldest internationally acclaimed summer dance festival in the United States.

Films on Demand. More than 20,000 titles and roughly half a million video segments.

On the Boards. On the Boards theater is located in Seattle, Washington. Founded by artists in 1978, On the Boards introduces audiences to artistic innovators who are defining the future of dance, theater, and music on stage in Seattle and on the global screen.

Classical Music in Video. More than 1,500 performances by leading orchestras, chamber music and vocal ensembles, and solo artists, together with masterclasses and interviews.

Opera in Video. More than 500 hours of opera performances, including staged productions, interviews, and documentaries.

Ethnographic Video Online. A comprehensive online resource for the study of human culture, behavior and society around the world. The collections contain over 1,300 hours of streaming video, including ethnographic films, documentaries, select feature films, and previously unpublished fieldwork.

What Is Music Copyright?

Copyright in Your Thesis or Dissertation

Music & Dance Library faculty and staff are always ready to help you. Ask us! 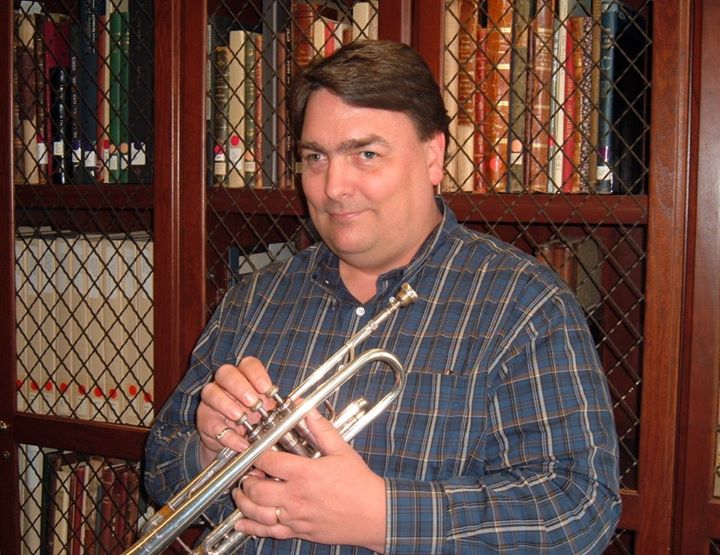