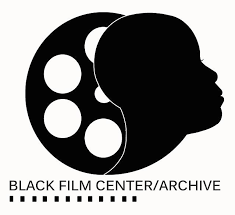 “The Black Film Center/Archive [BFCA] was established in 1981 as the first archival repository dedicated to collecting, preserving, and making available historically and culturally significant films by and about black people. The BFC/A's primary objectives are to promote scholarship on black film and to serve as an open resource for scholars, researchers, students, and the general public; to encourage creative film activity by independent black filmmakers; and to undertake and support research on the history, impact, theory, and aesthetics of black film traditions.”

The International Federation of Film Archives (FIAF)   FIAF's main objectives are to recover, restore, screen, and preserve films. The FIAF is also a scholarly repository articles and documents relating to film history. This database features the “International Index to Film Periodicals” and the  "Treasures from Film Archives."

DocuSeek2 is a collection of documentary and social issues films and videos. Exclusive academic streaming for films from renowned leaders in documentary film distribution.

OhioLINK Digital Resource Commons: Educational Films and Documentaries contains Ambrose Video and Films for the Humanities & Sciences educational films covering a variety of subjects which may be streamed or downloaded for classroom use.

Columbus Metropolitan Library (CML)  Borrow books, multimedia and other materials from 17 branch libraries and 16 partnered libraries.  Register online or at the Thompson Library Circulation Desk for a card in person or online to obtain full access to CML databases and services.