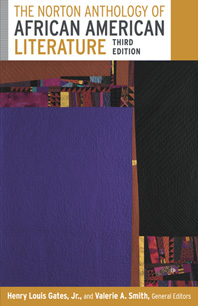 This Literary Guide provides a historical survey of literature's most important figures, schools, and movements.

Created from the Library Company's Afro-Americana Collection — an accumulation that began with Benjamin Franklin and steadily increased throughout its entire history, resource provides access to printed works including books, pamphlets and broadsides, and lesser-known imprints.

IIBP includes current and retrospective bibliographic citations and abstracts from scholarly and popular journals, newspapers and newsletters from the United States, Africa and the Caribbean. Coverage is global in scope and multidisciplinary, spanning cultural, economic, historical, religious, social, and political issues of vital importance to Africana Studies.

The Literary Map of Africa is a bio-bibliographical database for research and information on African literature. The major objective is to include emerging African writers not represented in conventional bibliographies and encyclopedias.

The Africa Bibliography is an authoritative guide to works in African studies published under the auspices of the International African Institute annually since 1984. This online consolidated version brings together every record collected since the bibliography's foundation, producing a rich and interactive resource for all scholars interested in the study of Africa.

Black Drama, Second Edition contains plays with detailed, fielded information on related productions, theaters, and production companies. The database includes selected playbills, production photographs and other ephemera related to the plays. The titles were selected with the editorial advice of James V. Hatch, co-author of “A History of African American Theatre.”

MAPS, a companion to Oxford's "Anthology of Modern American Poetry," is organized into over one hundred and fifty sections on individual poets. The sections include a biography, historical background, criticism, and a range of multimedia options, such as online exhibits, external links, audio recordings, images of manuscripts, and timelines.

Orlando: Women's Writing in the British Isles from the Beginnings to the Present

Orlando seeks to further the study and understanding of literature by focusing on the part women have played in its development. The database is a collection of documents about the lives and writing careers of individuals.