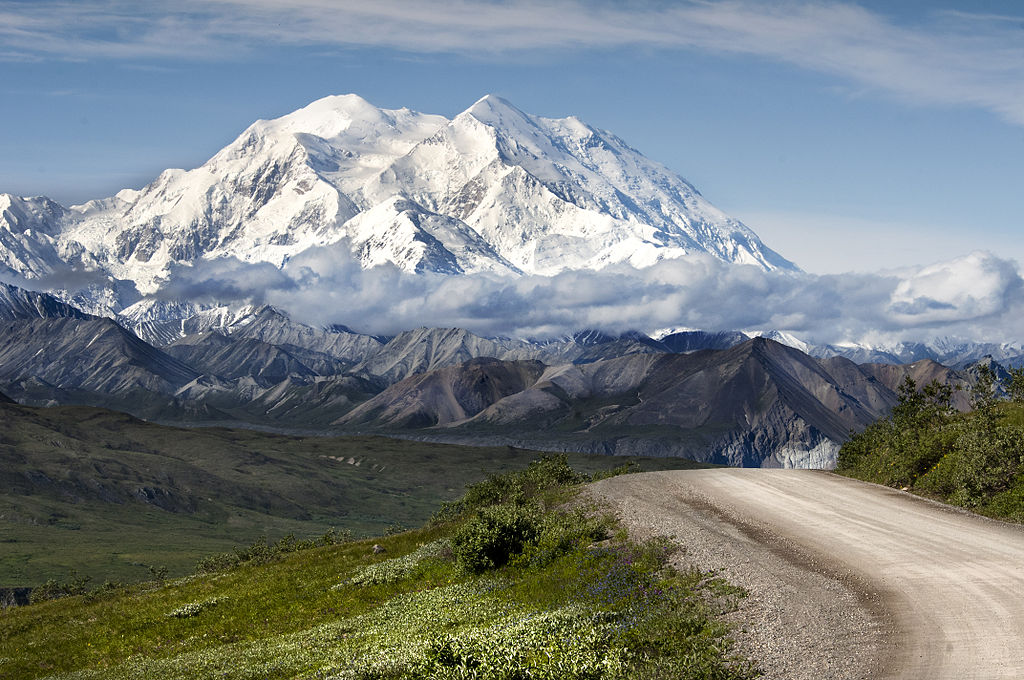 Denali, the highest mountain in North America, was first officially summated in 1913 by Walter Harper and 3 associates.  Several earlier climbing attempts were unsuccessful.  In 1896, prospector and admirer of William McKinley, William Dickey names the mountain for the President and starts a controversy that lasts for over 100 years.

Today, Denali National Park and Preserve is 6,045,153 acres of protected land in central Alaska. Inside this area, the Denali Wilderness of 2,146,580 acres has been established.  The land varies by altitude and consists of forests, rivers, tundra, glaciers and the Alaska Range.  Work began on preserving Denali in 1906, but the area would not become a National Park until 1916 when Woodrow Wilson created Mount McKinley National Park.  In 1980, the park received its present name.  And the Alaska State Board of Geographic Names changed the mountain to Denali too.  But by 2015, the U.S. Board on Geographic Names still hadn't gotten around to making the change.  With President Obama's involvement, the mountain has finally been called Denali on contemporary maps.

Although it is now easier to get to Denali National Park and Preserve, either by railroad, flying or driving, most of the park itself is difficult to access.  There is only a single 91 mile road, most of which is closed to private cars.  A concessionaire provides bus service and tours for the rest of the way.  Most visitors hope to see the abundant wildlife including bears, wolves, dall sheep, caribou and snowshoe rabbits.  Other activities include camping, backpacking, biking, and snowshoeing . There are many areas available for mountaineering too. Since 1903, there have been 1114 people climb Denali, but not all have reached the summit.

Denali is the only National Park to have it's own dog sled kennel.  Partly tradition and partly practical, the dogs are more dependable than machinery in extreme weather.  In the summer, they provide demonstrations for the visitors.  In the winter, they haul scientific equipment, provide trails for winter recreation and help protect the Wilderness area's goal of "having the least discernible impact on the land".